Sutton Town Primary School situated on the outskirts of Mount Gambier was celebrating its 150thyear of existence in March 2019.

I was commissioned to work with the school students and community in creating a visual record of the school’s history in a twelve metre mural on the school’s gymnasium wall.

Following staff and students researching and drawing or collecting images of the history I worked in the school gym for two weeks designing and painting the panels with every student and staff contributing.  Initially, the first three panels comprise of historic photographs and documents but the last two panels are of students drawings that have portrayed aspects of the current school life. The finished panels were installed and unveiled at the schools celebratory weekend; the 23rdof March 2019. 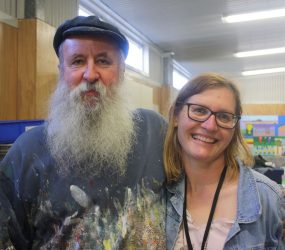 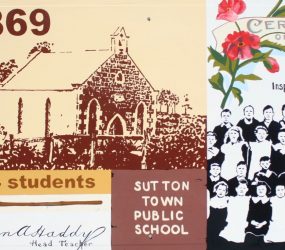 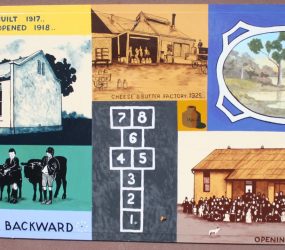 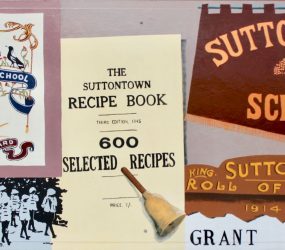 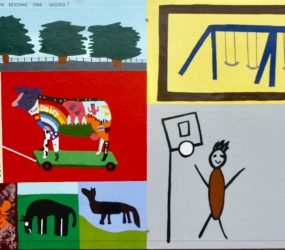 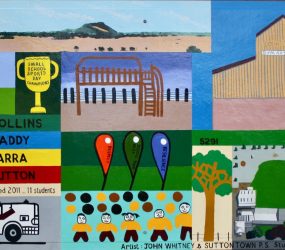 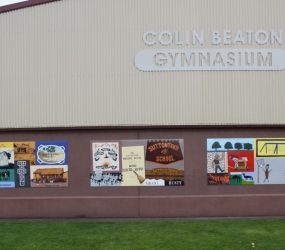