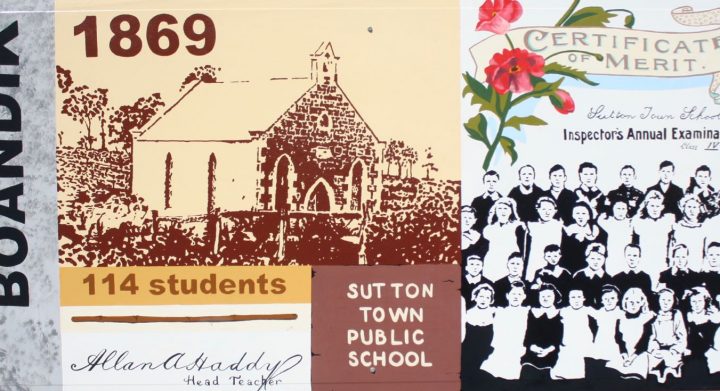 Sutton Town Primary School situated on the outskirts of Mount Gambier was celebrating its 150thyear of existence in March 2019. 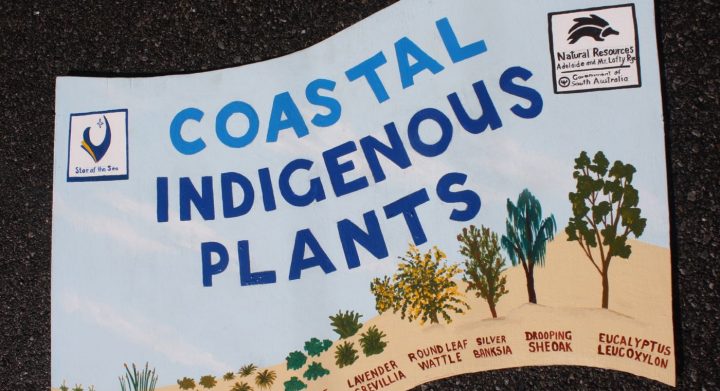 Working with Year 4/5 students during Science lessons we looked at the indigenous plants of the area (traditionally a sand dune with coastal vegetation.).

Pen and Charcoal or Lead Pencil.

This is my latest theme; a series of interior scenes of buildings primarily around the Port Adelaide area. The old Adelaide Stores Building, the Milling Company being the first two buildings. The geometric patterns of the framework, windows and supports intrigue me. 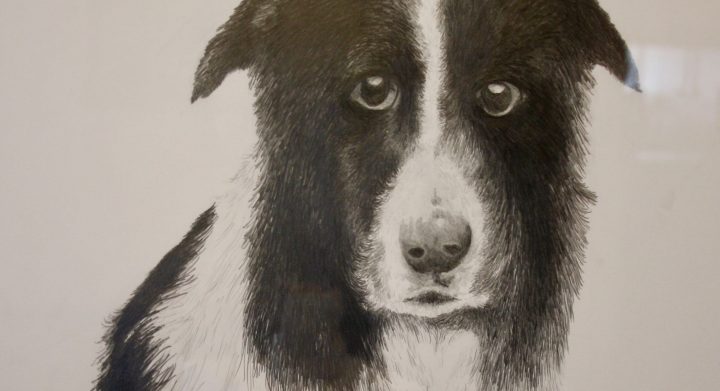 I exhibited two drawings with the theme of Woof Woof. 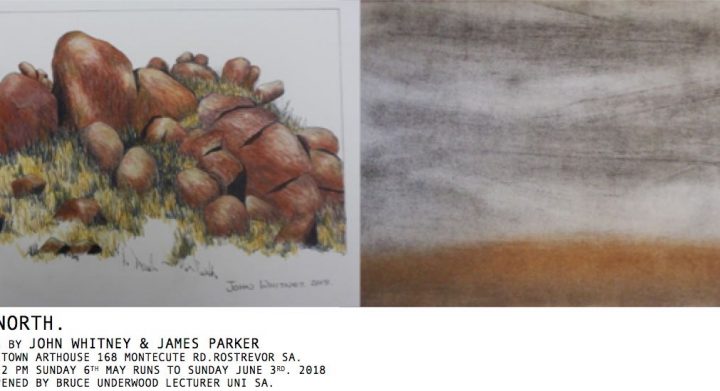 An exhibition with fellow artist James Parker at the Campbelltown Arthouse, Sunday 6thMay 2018 was launched by Bruce Underwood.

Having travelled and worked a lot in that part of the state over the years we looked at the landscape north of Port Augusta. The open spaces, colours, variations, and white man’s effects on that area. Abandoned buildings and artefacts show up as scars on the landscape but inturn make interesting subject matter. 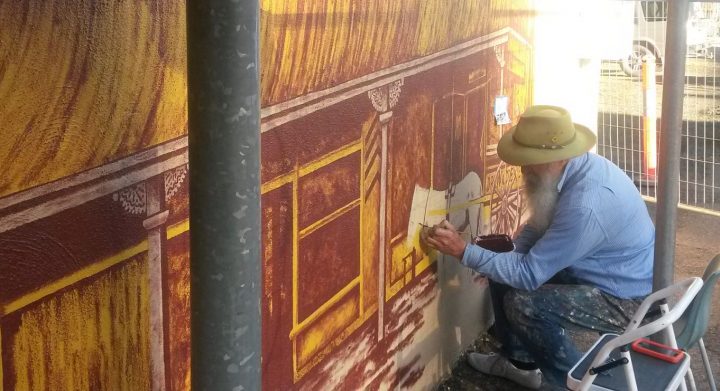 I had been approached April 2016 by Daryl Venning of the Regional Council of Goyder to paint one of my heritage style murals on a wall in Market Street, Burra. I met with him and was given the subject matter; the Drew and Crewes building, one of the early emporiums in the main street along with horses and wagons.

Having decided that and put in a quote I was told ‘not to hold my breath’ because it had to be approved by Department of Heritage and the Environment. The end of September 2017 permission came through !!!! so in early December having finished school project commitments I loaded the car and headed to Burra,; an old copper mining town about one and a half hours north of Adelaide. 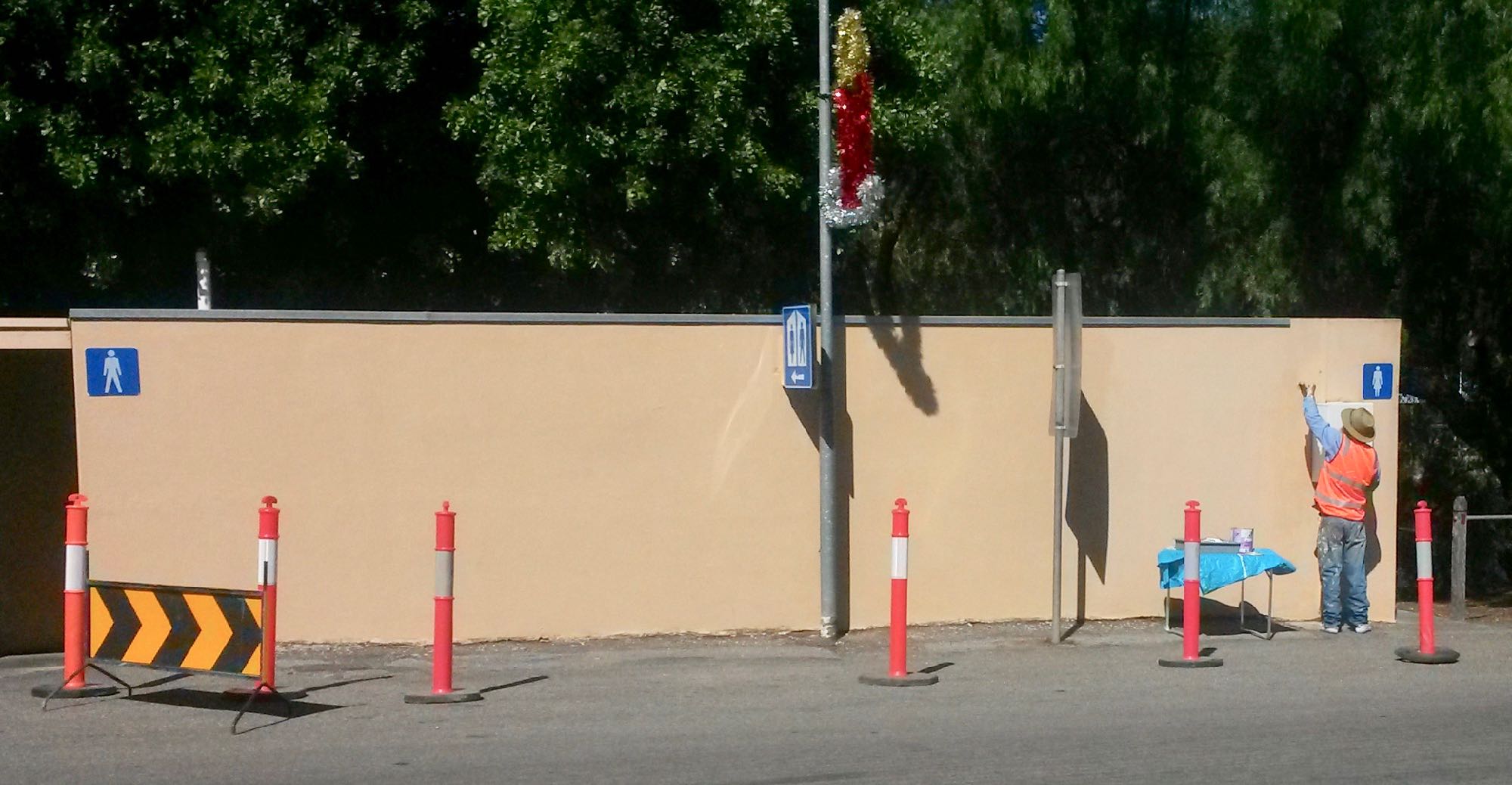 I arrived at lunchtime on the Wednesday and spent the afternoon repainting the wall and helping the local Council chaps set up road barriers, fencing to protect me as I worked. That evening I drew up the image, approx. 7.2 x 2.4 metres. Thursday I woke to light showers which quickly developed to rain. A hasty shelter was erected but it still was a frustrating hard days work. Friday and Saturday I put in the hours to make up time ….. receiving lots of positive comments and feedback from the locals and passersby.

It was a three colour tonal dropout of the original photograph, cream, sepia and ochre colour.

I then heard the weather forecast for the next week; upper 30’s so next day I started at dawn and painted until it was finished at nine o’clock that night. I packed up in the dark, paid up the accommodation at the local hotel and headed south for home.

In conjunction with Bob Jankowski I have an exhibition at The Art Vault, Mildura in which I continue the theme of bridges, including images of the local bridges, past and present from around Mildura. The exhibition was opened by local artist and arts lecturer Geoff Brown. 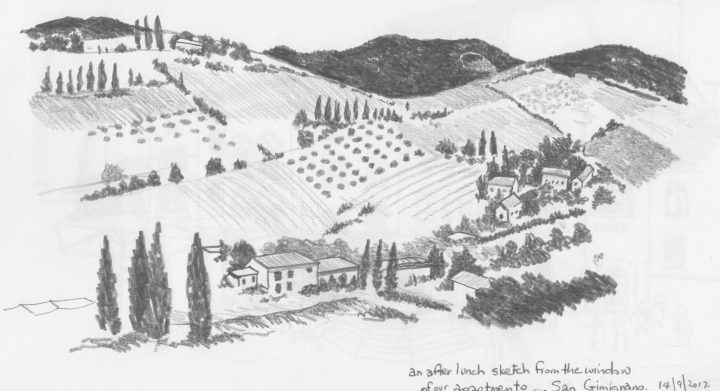 In August I was fortunate to have a month in selected parts of Italy with the primary reason of drawing and recording our experience. A week in Venice; then Florence and the Tuscany town of San Gimignano gave me a sketchbook full of images: buildings and landscapes. The photograph of me sketching is from the Museo Archeologico in San Gimignano looking through the window at the town.

Two sketches from the week in Venice, pencil and pen and ink. The San Gimignano is a pencil drawing of the skyline from the local museum and one of the surrounding Tuscan landscape.

SA Migration Museum: Where you came from world map

Created for WOMADelaide Festival 2017 display and later the History Week display in Rundle Mall the public were invited to add a photo and statement to the world map explaining from where they had come from. 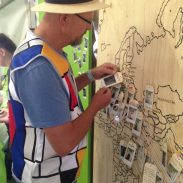 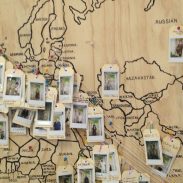